Speaker of the House Paul Ryan announced that he has withdrawn from consideration H.R. 1628, the American Health Care Act of 2017, due to the lack of votes and to concerns from both sides of the aisle. Although ASHA did not take an official position on the legislation, it opposed provisions within the bill related to the block granting of Medicaid as well as the removal of the federal requirement that all health plans include essential health benefits (EHBs). EHBs include coverage of habilitative and rehabilitative services and devices. ASHA’s federal team has been meeting with Congressional staff to express the Association’s concerns with those provisions.

At this point, it is unclear whether or not the House will consider another Affordable Care Act (ACA) repeal bill this session. However, in announcing the decision to repeal the bill, Speaker Ryan indicated that the House would move on to other Trump Administration policies, such as tax reform. The possibility remains that Senate leaders may work to develop a plan to repeal and replace the ACA, but any legislation in the Senate would need 60 votes to pass. In addition, a bill as such would have trouble passing in the House.

The withdrawal of the bill in the House does not mean that the Trump Administration cannot move forward with repealing the ACA through regulatory and executive action. On Inauguration Day, President Trump signed an executive order that set the groundwork for federal agencies to take immediate regulatory steps to dismantle parts of the ACA. The executive order allows the U.S. Department of Health and Human Services (HHS)—and other agencies with authority to implement the ACA—the flexibility to “waive, defer, grant exemptions from, or delay the implementation of any provision or requirement” of the ACA to the maximum extent permitted by law.

Under this executive order, HHS Secretary Tom Price has the authority to authorize Medicaid waiver applications. This would allow states to begin revamping their Medicaid programs, which could include such changes as allowing work requirements for able-bodied adults and requiring contributions to health savings accounts. Secretary Price also has the authority to review current ACA regulations, which would include review and revisions to regulations that outline EHBs.

View All Articles
TESTIMONIALS
JOIN THE TEAM
Locally owned with a National reach. Your information and inquiry will be kept 100% confidential. Access to the best healthcare organizations and private practices throughout the United States. No stress, no hassles, no time wasted searching multiple want ads, and job placement websites.

We have had the immense pleasure of working with CCI over the past year and have been impressed by their professionalism, prompt staffing, and dedication to their clients.0 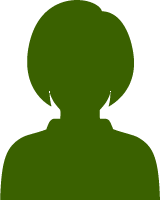